Posted on September 1, 2010 by gailfaithedwards

Coffee is the most consumed beverage in the entire world. This morning, Science Daily reported on yet another detailed study that was just published regarding the health benefits of this popular drink.

Conducted by a team from the University of Athens on the Aegean island of Ikaria, the study demonstrated that moderate consumption of coffee by hypertensive elderly individuals can lead to improvements in aortic distensibility, according to a presentation at the European Society of Cardiology’s Congress 2010 in Stockholm. Distensibility is a measure of the elasticity of the arteries and low levels have long been recognized as an indicator of atherosclerosis and a reliable predictor of future cardiovascular events.

The researchers attribute this health benefit to the polyphenolic compounds found in coffee, especially traditional Greek blends that are high in diterpenes such as cafestol and kahweol. Other micronutrients in coffee that may also add to the positive effects of consumption include flavonoids, magnesium, potassium, niacin and vitamin E, mainly due to their anti-oxidant properties.

Doctor Chrysohoou, team leader, summarizes the findings: “The study revealed that moderate coffee consumption (between one and two cups per day) is associated with higher values of aortic distensibility when compared with other hypertensive elderly individuals taking less quantities of coffee. Adjustments were made for various factors such as age, gender, physical activity status, creatinine levels, BMI and diabetes mellitus. 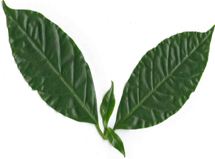 Five million tons of coffee is produced annually by over fifty countries, and it is second only to oil in international trade. It’s been estimated that over 1.5 billion cups of coffee are drunk every day around the world. Coffee traces its ancient origins to Ethiopia where it was used as a food, spice, wine, medicine, and sacred beverage, before becoming the popular morning drink it is today.

One cup of coffee contains between 130-250 mg of caffeine, a purine alkaloid, and the pharmacologically active constituent, as well as several hundred other naturally occurring chemicals. Coffee also contains proteins, an array of amino acids, lipids, carbohydrates, vitamins and minerals, including potassium, calcium and magnesium, and glycosides. The constituents of coffee vary tremendously depending on the type of coffee, where it was grown, soil conditions, and the method used for harvesting, roasting, storing, and brewing.

The health effects of coffee, and particularly caffeine, have been the subject of numerous studies. Evidence indicates that caffeine stimulates the central nervous system, acts on the kidneys to produce diuresis, and shortens psychomotor reaction time and total sleep time. Research also confirms that caffeine increases awareness and enhances learning, memory, and attention.

A twenty-year-long study conducted by the North American Branch of the International Life Sciences Institute indicated that “regular caffeine use appears beneficial, with more frequent users having better mental functioning and enhanced mood.” A French National Institute of Health researcher, Astrid Nehlig, found that at about 300 milligrams per day caffeine “improves mood, vigilance, alertness, and overall sense of well being.” Caffeine appears to work on the dopamine pathways in the brain, enhancing mood.

Many diverse studies have examined caffeine’s role in cardiovascular health, all failing to establish a link between caffeine and coronary heart disease or stroke. In fact, studies have demonstrated that caffeine has no adverse effects on cardiovascular risk, and does not increase the frequency or severity of cardiac arrhythmias. In a study performed by Professor Joseph Vinson on hamsters, coffee consumption reduced lipid oxidation in the blood by 30 per cent. Lipid oxidation as a primary factor in cardiovascular disease is well established. Coffee does raise blood pressure levels minimally for a very short duration, about the amount ordinary daily exercise will.

Caffeine excites the central nervous system and all portions of the cerebral cortex. Its main action is to produce a more rapid and clearer flow of thoughts, and allay drowsiness and fatigue. African Sufis drank coffee for its invigorating effects while meditating. Researchers also found that consuming caffeine had a positive effect on sports performance, physical endurance, and energy levels. And the stimulation that coffee provides is said to extend to the erotic realms as well. When coffee is used as an aphrodisiac, it is traditionally combined with cardamom, honey, and milk. The effects of this simple recipe are quickly felt and most enjoyable.

Because caffeine is known to impact calcium excretion, it has been considered a risk factor for osteoporosis. But an array of studies conducted since 1990, as well as the Consensus Development Conference on Optimal Calcium Intake, a federal advisory panel convened by the Institute of Health, concluded that caffeine did not significantly affect calcium absorption or excretion, and that “a tablespoon or two of milk could offset any adverse effect.”

Coffee has tumor inhibiting effects, and can inhibit the effects of known carcinogens. It is the top source of beneficial antioxidant polyphenols in the adult American diet. The caffeine in coffee makes it a reliable laxative, and drinking a cup can usually be counted on to get a sluggish bowel moving.

The effects of coffee start within half an hour after drinking and may last from two to seven hours, with mental effects lasting the longest. Moderate coffee drinking (one to three cups daily) appears to be entirely safe. Pregnant women should limit consumption to one to two cups daily.

Because it is rich in purine alkaloids, excessive coffee drinking has been implicated in the stimulation of gout. Over-consumption of coffee can lead to headache and acid stomach, and because it drains thiamine from the body, will leave you feeling jittery, irritable, and out of control. Complete withdrawal after regular use of coffee can induce headache, sluggishness, and fatigue.

If you tend to get an acid stomach after drinking coffee, try having it black. The lipids in the milk bind with the acids in the coffee, making them harder to digest. And I advise against adding sugar to your coffee as a sweetening agent. Try adding a bit of local, raw honey, pure maple syrup or molasses to sweeten it instead.

Caution: Coffee is one of the most heavily sprayed agricultural products. Be sure to use organic coffee beans acquired by Fair Trade practices only.

Gail Faith Edwards is an internationally recognized Community Herbalist with over thirty years experience. She is the author of a number of books about herbs and has taught in India, Italy, Poland and Russia, at the Yale School of Nursing, the University of Maine and the College of the Atlantic, among others. She is the founder of Blessed Maine Herb Farm and Director of the Blessed Maine Herb Farm School of Herbal Medicine. She is the mother of four grown children and the grandmother of four grandsons. Gail leads sacred journeys and ancestral pilgrimages to Southern Italia twice a year.
View all posts by gailfaithedwards →
This entry was posted in Uncategorized and tagged Uncategorized. Bookmark the permalink.